Lidl, pronounced as “Lee-dle” (as in needle, wheedle, beadle), is the store giving Aldi a run for its money. Many shoppers are no strangers to how Aldi offers low product prices, earning it the title of the cheapest grocery store. It’s hard to compete with that when considering the store’s profit margin. How do you keep prices so low and still make an insane profit?

Lidl seems to be stepping up to the challenge. The German-owned discount supermarket chain is slowly spreading its branches in the USA. With its competitive prices, larger stores, product variety, and quality, Lidl proves that it is here to stay.

What is Lidl known for? A little history about the store

Lidl is best known for its high-quality products, variety, and affordability. Like Aldi, 90% of Lidl’s products are private labels, which means they are specially produced for the store. So you can’t get the same quality in another store. 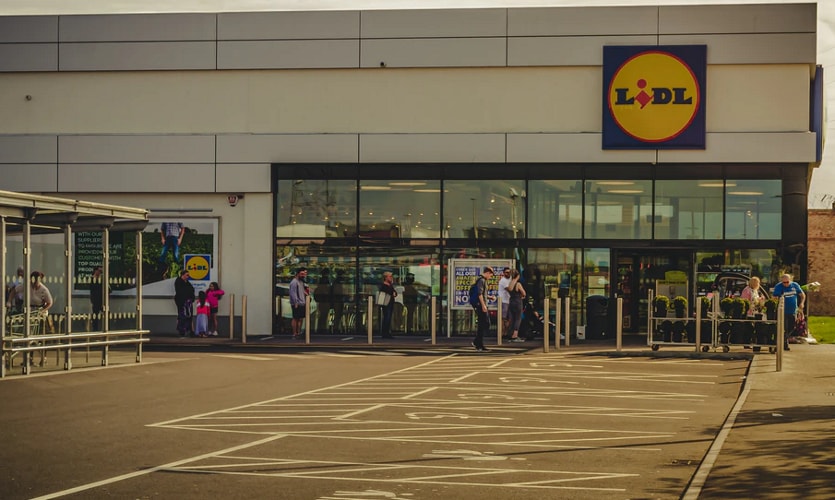 Lidl offers a vast category of food items from fresh produce, meat, and fish, baked and dairy goods, cheeses, sauces, bread, and much more. The store also sells liquor, which not many other stores sell due to strict State laws. But it’s not just about food. Lidl also sells kitchenware, children’s toys, and electronics.

The store was founded in 1973 by Josef Schwarz, who then passed it on to his son, Dieter Schwarz. Dieter Schwarz now heads the Schwarz Group, the parent company of Lidl.

Lidl has over 11,000 stores spread out across Europe and the United States of America. Its headquarters is in Neckarsulm, Baden-Württemberg.

What type of store is Lidl?

Lidl is a supermarket chain, not your regular grocery store. However, you can still call the store a chain of grocery stores. This is because Lidl stores house grocery sections inside them. But because they sell other things like electronics and kitchenware, they are supermarkets.

Lidl is similar to stores like Aldi, Walmart, and Meijer, which are also supermarkets. If this is confusing, read our extensive guide on the difference between a grocery store and a supermarket to understand it better.

Is Lidl the same as Aldi?

Though both stores are German-owned and budget-friendly, their parent companies are different. Aldi is owned by Albrecht Discounts, while Lidl belongs to the Schwarz Group. So you can see that they are competitors. Their relationship is just like that of Sam’s Club and Costco. Both stores are rival membership-only retail stores.

It’s easy to assume that the same company owns Lidl and Aldi. Their similarities are quite numerous. For example, both stores will charge you for their shopping bags, so you’ll have to bring your bags from home to avoid costs. But unlike Aldi, Lidl doesn’t force you to rent shopping carts.

The following section will summarize the similarities and differences between Aldi and Lidl.

Now you know all the essential information about Lidl. If you plan to take a break from Aldi or draw a comparison between both stores, here’s one thing you should know. Like most stores, Lidl is constantly changing its store layout. This can be annoying if you’re not quickly accustomed to major changes.

It would be best to ask for directions from store employees on your first trip there. If you’re having difficulty finding an item, you can save yourself time and stress by asking the staff. Since Lidl doesn’t have greeters like other stores, you can ask other employees on duty for help.

Just think it’s rude that both the local Tesco and Lidl have taken it upon themselves to change their store layouts at the same time. I am too old for shops to be changing the bread locations all willynilly!

lidl has changed the layout of their store. i will never recover from this

Similar posts to “What is Lidl?”: