In July, Walmart tested its self-checkout stations in Plano. These self-checkout centers are to replace cashier-manned stations and reduce long queues.

But don’t worry. The cashiers still have their jobs. Walmart just switched it up a bit.

Walmart cashiers now act as hosts, whose jobs are to assist you in operating the self-checkout stations when you’re facing difficulties doing it yourself.

With this new change in effect, how does Walmart track shoplifting customers?

How does Walmart know if you steal?

According to a Walmart employee, Walmart tracks shoplifters with scanner devices. These devices are products of Zebra Technologies and designed to be held like smartphones. The scanners are also connected to the self-checkout counters, so Walmart workers can view real-time customer purchase data.

This data includes what items a customer bought and the quantity. Also at the station is a weighing pad that compares the data on the screen with the weight of the items in the bag.

Sometimes, shoplifters scan item barcodes in order to trick the system into thinking they’re paying for it.

Once the system adds the item to their receipt, they remove it using the self-checkout screen before throwing it into their bags. Walmart workers can see it all as it’s happening on the screen of their devices. So when you remove an item from the screen and put it in your bag, it would attract the attention of Walmart workers.

When you’re through checking out items at the self-checkout station, a Walmart worker will double check that you have paid for all the items in your bag. After that, you can leave.

What triggers alarms at Walmart?

Radio-Frequency Identification (RFID) tags are what trigger security alarms at Walmart, and most other grocery stores. RFID tags are hidden inside almost every store item. Usually, they are hidden underneath the bar codes or close to them. This helps cashiers or self-checkout stations to know where to scan for the tag and deactivate it. Once it’s deactivated, you can walk past the anti-theft sensors without triggering the alarm. 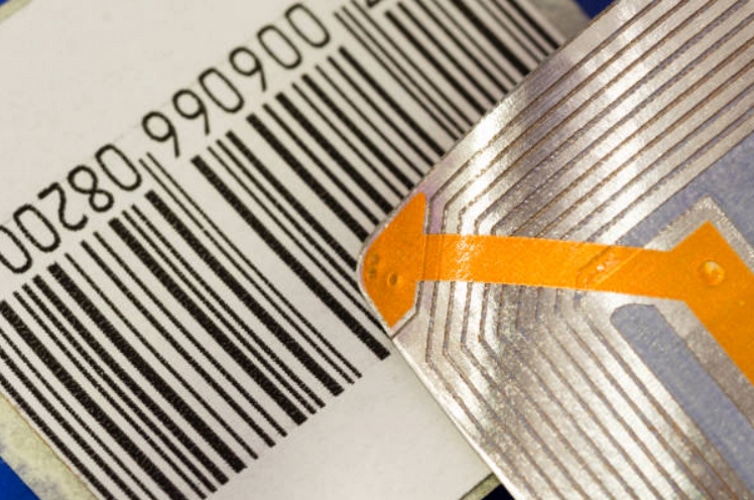 The RFID tags are magnetic, so when a shoplifter passes between the anti-theft sensors at Walmart, the sensor picks up signal waves emitted from the tag, which then triggers the alarm.

You may wonder why an alarm has been triggered before when you didn’t even buy anything from the store. The reason is because you could be wearing something from another store with an RFID tag that was not deactivated.

Does Walmart keep record of shoplifters?

Walmart loses over $3 billion every year due to shoplifting. So it’s no surprise that it has extensive security systems in place.

To also prevent those incidents from reoccurring as frequently as they do, Walmart keeps records of shoplifters. Yes, you read that right.

Walmart is building cases against customers who steal them. The retailer has also employed the help of Loss Prevention Associates who consistently profile shoplifters or offenders.

That means every photo or video footage of theft and offensive acts against the stores are kept permanently. Usually, Walmart won’t press charges if you shoplift items under $100 value.

Can you get caught shoplifting weeks later?

You can get caught shoplifting weeks or even a year after the incident. If Walmart finds evidence in the form of a video or photo that clearly shows you committing the crime, then you can get charged for it.

The statute of limitations for misdemeanor acts like shoplifting is 2 years. So it doesn’t matter how long before the store presses charges. As long as they press charges within 2 years after the incident, you can get arrested. The police may even come to your house and take you into custody.

In this article, we answered the question, “how does Walmart track shoplifting?”. We revealed how Walmart catches shoplifters with RFID technology and handheld employee scanners. We also reviewed the conditions under which a shoplifter can get arrested after leaving the store.

Here are some recommended articles to improve your reading experience. We hope you like them!